The International Basketball Federation FIBA has declared that Basketball Australia and the state of New South Wales has won its competitive bid to host the FIBA Women’s Basketball World Cup at Sydney Olympic Park over ten days in September and October of 2022. 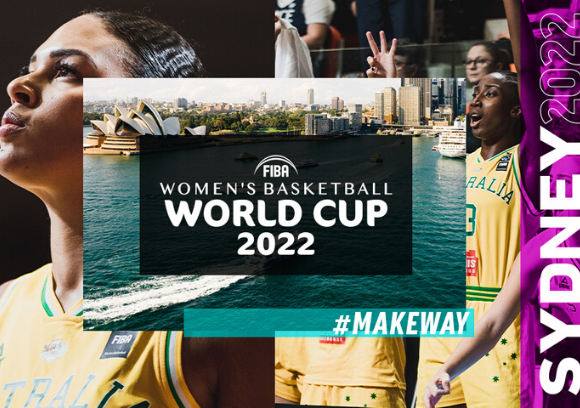 The FIBA Women’s Basketball World Cup is played every four years and is the biggest international women’s basketball competition in the world, bringing together 144 of the best players on the planet representing 12 basketball powerhouse nations for a total of 38 games across the tournament.

As the host nation, Australia will earn an automatic bid to the 19th edition of the tournament, which will also mark the first time Australia has hosted a FIBA World Cup event since 1994. Australia was awarded the bid over joint finalist candidate Russia through a vote by the FIBA Central Board.

Ned Coten, Chair of the Basketball Australia Board stated “Our vision is to deliver a FIBA Women’s Basketball World Cup that exceeds expectations, inspires the next generation and celebrates women in sport, creating a lasting legacy. Basketball is one of the few sports in Australia with the possibility of achieving gender parity in the future and we believe this event could help us work towards this vision.”

David Reid, Chair of the Local Organising Committee and Deputy Chair of the Basketball Australia Board stated “We are excited that the eyes of the world basketball community will be focused on Sydney in 2022. We plan to put on an event equal to the 2000 Sydney Olympics and create lasting memories and a springboard for the expansion of women’s basketball worldwide.”

Maria Nordstrom, Basketball NSW CEO stated “This is the culmination of two years of hard work and we are particularly pleased to have the support of NSW government to be able to bring this world class event back to Sydney for the first time in 28 years. Australia is a global leader in women’s sport and this event will add to the impressive stable of women’s events hosted in Sydney.”

Sydney Olympic Park Authority worked closely with Basketball Australia and Basketball NSW to host a recent FIBA bid presentations  and inspection of Sydney Olympic Park, an instrumental part of winning the bid. All venues including  hotels, event and training venues worked seamlessly in presenting their facilities and the broader Park as the ultimate destination for the event.

“Sydney Olympic Park has been founded, developed and shaped by sport,” Romaniuk said. “Twenty years on from the Games, and our sports venues remain a platform to showcase the world’s best athletes in Australia’s premier sports precinct.”