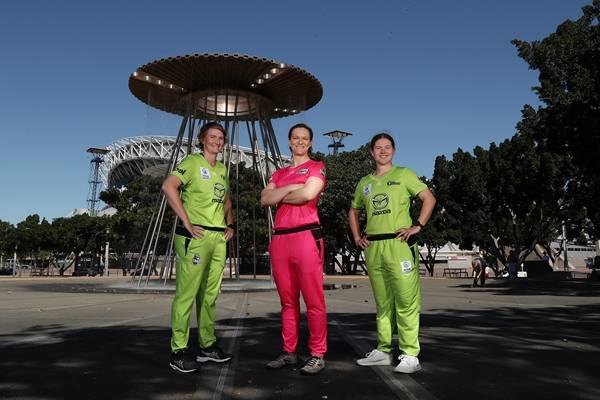 Cricket Australia has announced a full 59-game fixture for the upcoming rebel Women’s Big Bash League season in Sydney and the creation of the rebel WBBL Village in Sydney Olympic Park.

The announcement of a complete rebel WBBL|06 fixture highlights Australian Cricket’s commitment to the women’s game. The season will begin on Sunday, October 25, with all eight teams in action and both a Sydney and Melbourne derby to be played. The season will conclude on the weekend of November 28-29, with locations and timings of the three-match finals series matches to be confirmed.

The rebel WBBL Village will see parts of Sydney Olympic Park transformed into a high-class athletes’ precinct to accommodate all eight teams and staff. The Village, created with the support of rebel, the Sydney Olympic Park Authority, Accor Hotels and Cricket NSW will see the League given exclusive use of multiple hotels, high performance facilities, dining venues and more.

CA is working in partnership with the New South Wales Government to ensure the competition proceeds in line with government regulations and COVID safety guidelines, with the safety of the NSW community and all participants the highest priority.

Alistair Dobson, CA Head of Big Bash Leagues, said the foundations had been laid for a memorable rebel WBBL|06 season.

“Today’s announcement of the changes to the rebel WBBL|06 fixture and the transformation of Sydney Olympic Park into the rebel WBBL Village sets the League up for another unforgettable season,” Dobson said.

“Last season was the biggest in the history of the women’s game and now, following on from the Commonwealth Bank ODI and T20I series in Brisbane, we’ll get to see the stars of our world champion Australian team in action during rebel WBBL|06.

“We’d like to thank the NSW Government, rebel, the Sydney Olympic Park Authority, Accor Hotels and our colleagues at Cricket NSW for their extraordinary collaboration to make this season happen.

“We can’t wait to see the players arrive in the rebel WBBL Village in a matter of weeks ahead of the season openers on Sunday, October 25.”

“Cricket NSW is honoured to host the rebel Women’s Big Bash League this season, giving our community a wonderful chance to see the best women’s cricket players in the world right in our own backyard,” Germon said.

“Our staff at Cricket NSW and in particular at the Sydney Sixers and Sydney Thunder have already put in a huge amount of work with Cricket Australia and all the other partners to bring the tournament and the WBBL Village to fruition and we are confident they can deliver the best WBBL season yet." 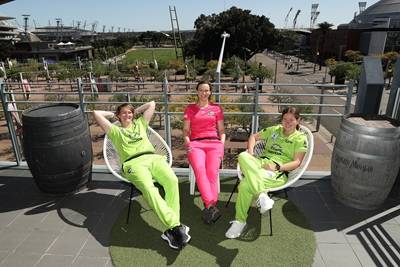 “We are ready to see the heroes of Australia’s triumphant T20 World Cup side return to action as the league continues its popularity surge across the nation,” Lee said.

“These women are setting an excellent example to young girls aspiring to play the game of cricket and that is so important as we continue to drive sport participation across the state.”

“Accor is genuinely honoured to partner with Cricket Australia for this important sporting event and we are excited to be supporting the return of world-class cricket in a world class sporting accommodation hub,” McGrath said.

“We can’t wait to host the teams and give them a warm and safe welcome and showcase the best in Australian hospitality.”

Ticketing arrangements for matches will be announced in due course.